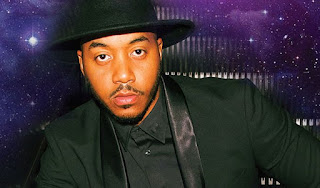 Damien Escobar, also known as Dame Esco, is an American violinist. He was previously in the duo Nuttin' But Stringz with his brother Tourie, but has been a solo artist since 2012. His "crossover violin" musical style consists of a mix of classical, jazz, pop, R&B, and hip hop.

As kids Damien and Tourie worked as street musicians, playing at Grand Central Station and on the New York City subways. In 2003, they

After a short career as a real estate broker, Escobar returned to music as a solo act. His first solo performance was on the French TV show Taratata. He also played at the Indy Car 2012 Championship Awards Banquet, Russell Simmon's Hip Hop Inaugural Ball and the 2013 Food & Wine event in New York City. In 2013, Escobar went on the I Am Me tour in order to promote his comeback. He released his first solo album "Sensual Melodies" in 2014.